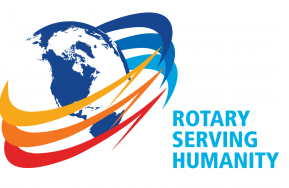 The keynote speakers at District 9940 Conference 2017 (New Plymouth) are:

Dame Susan Devoy is a former world squash champion and is currently the Director of Women Walking Ltd. She is also a board member of the Sustainability Council of New Zealand and a member and former Chair of the Halberg Trust.

From 2000 to 2003 she was the Chief Executive Officer and Chair of Sport Bay of Plenty. Dame Susan served as a board member of the Auckland District Health Board (2000-2003) and as Chairperson of the BNZ partners, Tauranga (2011-2013). She is currently a trustee of the Tauranga Energy Consumer Trust.

Daniel Gamboa is a Colombian and a former refugee. He and his mother fled into Ecuador after being threatened by rebels but life was even harder as they were discriminated against. Despite being only three years in New Zealand, Daniel has shown to be a "successful Colombian Refugee". He learned English in only six months and is now working hard to complete his conjoint degree majoring in International relations, Political science and Development studies. He is passionate about helping refugees to successfully settle down in New Zealand. He is recognised for his work as the president of the newly formed National Refugee Youth Council.

Jamie is the Māori Trustee and CEO of Te Tumu Paeroa, which protects and enhances some 100,000 hectares of Maori land throughout the country and manages a variety of investment interests. He has held a range of governance positions in such sectors as iwi development, agribusiness, fishing, investment, health, Māori development, tourism and education and holds a number of directorships. Jamie is passionate about investing in innovation and increasing the economic and environmental performance of our primary industries, particularly in building and developing the Māori pastoral and fishing primary sectors.

Following a distinguished career in the Air Force, Sir Bruce served as Chief of the New Zealand Defence Force from 2002 to 2006 and as Director of Government Communications Security Bureau from 2006 until stepping down from the role in 2011. Previous to this he was the acting director of the New Zealand Ministry of Civil Defence & Emergency Management.

A Chartered Accountant for 49 years, had Polio as a child. The effects of polio on his mobility shaped his life. His only sport since polio has been swimming, which he has done four days a week for the last 40+ years. He has also flown gliders and with help of Margaret has fathered seven children.

+ Text Size -
Do NOT follow this link or you will be banned from the server!